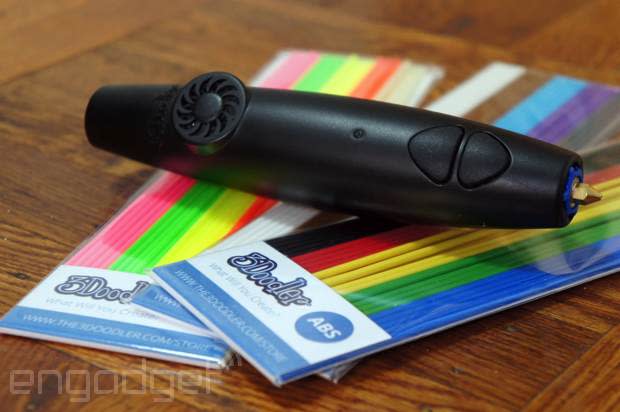 If the only thing standing between you and a $99 3Doodler was the ability to mull the decision over in a nearby massage chair, 2014 is your year. Wobbleworks announced today that its 3D printing pen is finally getting a little retail distribution, namely Brookstone, which will be adding the peripheral to its offbeat gadget arsenal later this year. The 3Doodler's also extending its online reach, thanks to ThinkGeek, the MoMa Store and Maker Shed. The Wobbleworks team is apparently heating up even more retail partnerships, though it's not quite ready to offer up any information for the time being.

In this article: 3doodler, brookstone, ces2014, thinkgeek, wobbleworks
All products recommended by Engadget are selected by our editorial team, independent of our parent company. Some of our stories include affiliate links. If you buy something through one of these links, we may earn an affiliate commission.