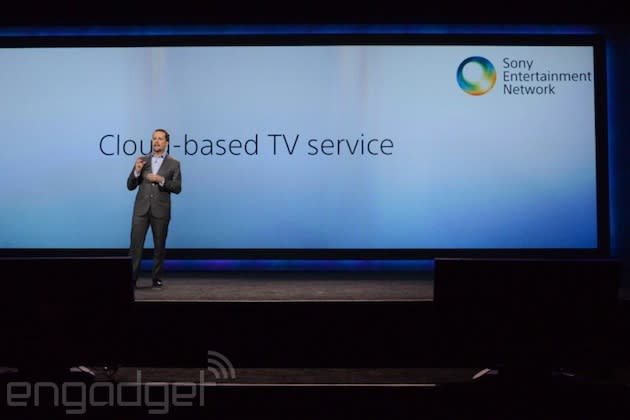 SCEA President Andrew House just announced Sony's launching its long-rumored IPTV service, as a cloud-based offering with both live TV and video on-demand that personalizes itself for the viewer. According to House, it will be able to pause and resume viewing across multiple screens, including on Sony's connected devices like the PS4, and third-party hardware including the iPad. There aren't a ton of details yet, but it will start testing later this year. Sony execs claimed as recently as last year that the project was on hold due to issues like the low limits of bandwidth caps, so it will be interesting to see how they work that out.

In this article: ces, ces2014, cloud, hdpostcross, iptv, sony, streaming, tv
All products recommended by Engadget are selected by our editorial team, independent of our parent company. Some of our stories include affiliate links. If you buy something through one of these links, we may earn an affiliate commission.