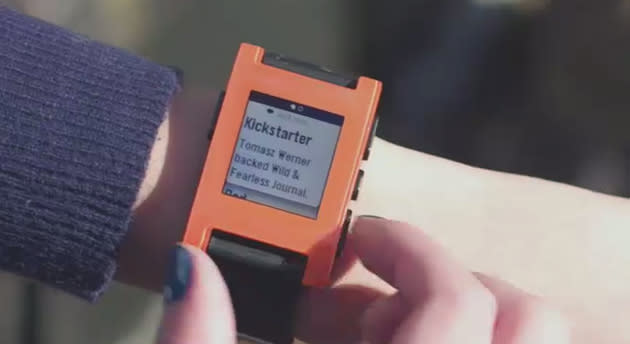 Kickstarter is now a relatively mature company, but that doesn't mean that it has stopped growing -- far from it. The crowdfunding pioneer says in its year-end review that it generated $480 million in pledges from three million people during 2013, a big jump from the $274 million and 2.2 million contributors that it attracted in 2012. It's also eager to show that the contributions of years past have led to real products. It notes that big-name 2012 projects like the Oculus Rift and Pebble reached backers last year, while more recent successes like the Veronica Mars movie are on the cusp of release. Not everything that Kickstarter touches will turn to gold, but its results suggest that crowd power is here to stay.

In this article: crowdfunding, internet, kickstarter, oculusrift, pebble, veronicamars, yearinreview
All products recommended by Engadget are selected by our editorial team, independent of our parent company. Some of our stories include affiliate links. If you buy something through one of these links, we may earn an affiliate commission.