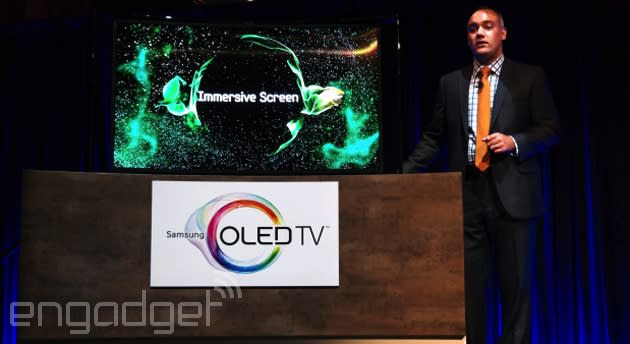 We hope you weren't counting on OLED TV prices coming down any time soon. Samsung's HS Kim warns USA Today that affordable OLED sets likely won't be available for another three to four years -- a year or two later than he first expected. Manufacturing troubles are keeping prices high, he says. If it's any consolation, though, Kim believes that 4K TV will reach the mainstream faster than 1080p. A number of broadcasters plan to jump to the higher resolution this year, and Samsung has a slew of content deals that could encourage some early Ultra HD upgrades.

In this article: hdpostcross, hdpostmini, minipost, oled, oledtv, samsung, television, tv
All products recommended by Engadget are selected by our editorial team, independent of our parent company. Some of our stories include affiliate links. If you buy something through one of these links, we may earn an affiliate commission.