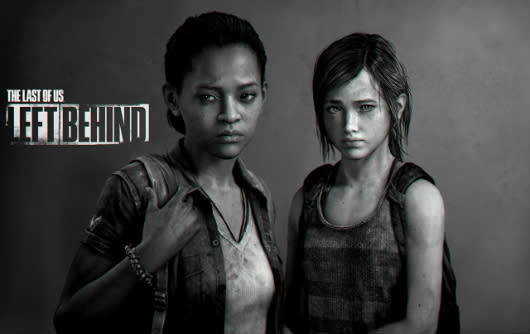 Players will have an opportunity to meet "the real" Ellie in "Left Behind," the upcoming single-player DLC for The Last of Us, actor Ashley Johnson promises. The actor, whose stirring portrayal as a survivor in Naughty Dog's latest game left a colossal impression on critics, told the PlayStation Blog that the prequel will reveal more of Ellie's past and show her in a softer light as she interacts with her similarly-aged friend Riley.

"It's definitely different. It's a little bit more 'fun,' because you have two teenage girls going through a mall. It's kind of like a post-pandemic version of two teenage girls hanging out. Definitely not a normal hangout! It's very different - a little more playful," Johnson says. "I loved the idea that it was kind of a prequel, and you'd meet a younger Ellie and find out what makes her tick."

Johnson says that her return as Ellie was somewhat of a role reversal in studio as the veteran cast member with motion capture experience, acting as support for actor Yaani King as Troy Baker had when The Last of Us began production.

"I was so used to working with Troy and I think a lot of my confidence and comfort on set came from him because he's such a pro," she reveals, adding that her new role as mentor and Baker's absence may have helped her performance portraying a "younger version of Ellie who has her own insecurities as a teenage girl."

A first look trailer for "Left Behind" can be found after the break, courtesy of IGN. Make sure to read Joystiq's "Best of 2013" feature, which handed top honors to The Last of Us.

In this article: Naughty-Dog, playstation, ps3, The-Last-of-Us, The-Last-of-Us-Left-Behind
All products recommended by Engadget are selected by our editorial team, independent of our parent company. Some of our stories include affiliate links. If you buy something through one of these links, we may earn an affiliate commission.