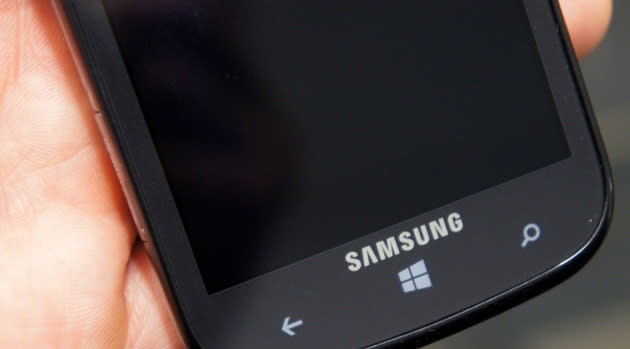 Much like HTC, Samsung hasn't expended a huge amount of effort on Windows Phone 8, having crafted just a few handsets running the platform before seemingly losing interest. Various clues are now pointing to a renewed curiosity in Microsoft's mobile OS from the company, in the form of the high-end SM-W750V. Shipping documents from before the new year indicate a screen size of 5 inches and provide first mention of the model number, which matches a recent North American approval by the Bluetooth SIG. A user agent profile on Samsung's site is even more fruitful: "Windows Mobile Lab" is named co-conspirator alongside Sammy, Internet Explorer is penned as the default browser, and a couple of specs point to an LTE-capable handset with a screen resolution of 1,920 x 1,080. As these things go, it's probably just a matter of time before pictures of the handset start surfacing, and there is a large mobile conference a little more than a month away. With Nokia rumored to soon enter unfamiliar territory, perhaps Samsung is preparing a undercover agent of its own.

In this article: bluetoothsig, microsoft, mobilepostcross, rumor, samsung, SM-W750V, uaprof, windowsphone, windowsphone8, wp8
All products recommended by Engadget are selected by our editorial team, independent of our parent company. Some of our stories include affiliate links. If you buy something through one of these links, we may earn an affiliate commission.