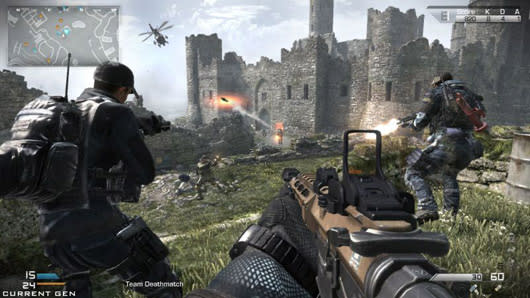 Players who have suffered a game crash bug while broadcasting in Call of Duty: Ghosts on Xbox 360 should find the game is now more amenable after a new update.

In addition to resolving the game crash bug in Broadcaster mode, this update adds a kill feed display to Broadcaster mode, restricts certain perks while playing in competitive matches and disables the third-person spectator camera in private matches.
In this article: broadcaster-mode, broadcasting, call-of-duty-ghosts, infinity-ward, microsoft, xbox
All products recommended by Engadget are selected by our editorial team, independent of our parent company. Some of our stories include affiliate links. If you buy something through one of these links, we may earn an affiliate commission.