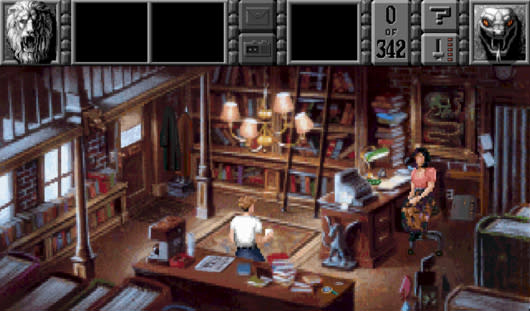 GOG.com, distributor of fine digital goods, is discounting a large number of titles in its Winter Quest Fest sale right now. If you've ever wanted to take Sierra's Police Quest, King's Quest, Quest for Glory or Space Quest series for a spin, then you'll definitely want to check out what's on offer.

In addition to the many adventure-based Quest games, GOG is also discounting the Gabriel Knight series, Phantasmagoria, The Zork Anthology and classic strategy game Call to Power 2. Each game in the sale is available for under $4 and many are even under $3.

The sale lasts for the next three days, so if you're interested in snagging some classic games on the cheap, head on over to GOG and peruse the goods.
In this article: activision, gog, gog.com, sierra
All products recommended by Engadget are selected by our editorial team, independent of our parent company. Some of our stories include affiliate links. If you buy something through one of these links, we may earn an affiliate commission.