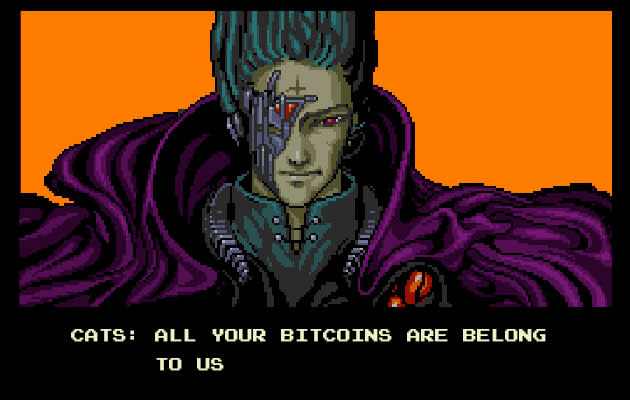 If we're honest, asset seizures are inherently hilarious. After all, for every sports car that's flogged to boost the public purse, there must be an unsaleable giant mechanical heron just gathering dust in a federal warehouse. After shutting down Silk Road, the US has now gained a slightly more useful treasure for its collection: 29,665 in Bitcoin, currently worth around $25 million. The celebrations won't begin just yet, however, since Ross "Dread Pirate Roberts" Ulbricht, Silk Road's alleged founder, is claiming that a further 144,336 BTC (around $120 million) found on his personal computers are not the proceeds of crime, and therefore cannot be seized. What happens to the cash now? It'll go into the pockets of the US Marshals, with some of the cash probably going to pay off the storage costs for that giant mechanical heron.

In this article: Bitcoin, Dread Pirate Roberts, Government, Ross Ulbricht, Silk Road
All products recommended by Engadget are selected by our editorial team, independent of our parent company. Some of our stories include affiliate links. If you buy something through one of these links, we may earn an affiliate commission.