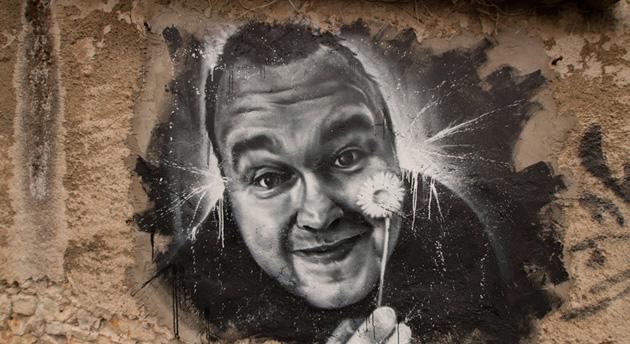 Kim Dotcom has done it again. Two years after he rented a bunch of musicians (including Will.i.am) to promote his doomed Megaupload service, he's turned to a group of presumably more affordable artists to support his next project, Baboom. The music streaming site launched in preview mode today, with a design that looks like a cross between Rdio and the new MySpace, and with just a single album in its library: a sort of europop medley made by Dotcom himself with contributions from Printz Board (one of Will.i.am's buddies), Mona Dotcom (Kim's wife) and some others we've never heard of.

Although this teaser album is free, Baboom will ultimately let you pay to download music in addition to streaming it, and the site appears to offer a degree of support for high-definition audio too (including FLAC and MP3 320Kbps). The big selling point, however, will be a reward scheme that gives you free music in exchange for installing an advertising plugin into your browser -- but that's likely still a few months off. In the meantime, Dotcom's talent for self-publicity (if not singing) seems to be working: Baboom is reporting 80,000 plays in its first hour online.

And now that old Megaupload video, for nostalgia's sake...

In this article: baboom, kimdotcom, mega, megaupload, music, streaming
All products recommended by Engadget are selected by our editorial team, independent of our parent company. Some of our stories include affiliate links. If you buy something through one of these links, we may earn an affiliate commission.