Apple may have narrowed down the Mac Pro's release date (updated)

Apple will ship its redesigned Mac Pro in 2019 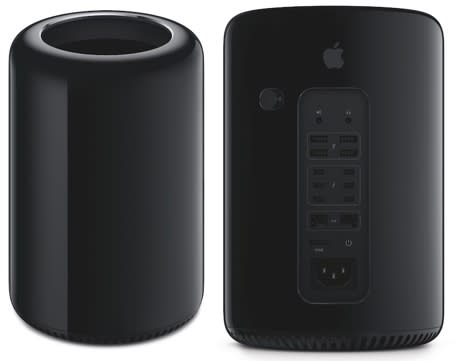 In what's becoming an unfortunate trend for newly released products, it seems that Apple is having trouble keeping up with demand for the newly released Mac Pro. I suppose, though, that not being able to manufacture a product fast enough to keep up with consumer demand is a problem that most other companies would love to have.

If you take a look at Apple's online store, you'll notice that the shipping window for the Mac Pro has been pushed back to March. Previously, the shipping estimate for Apple's new speed demon was February.

This past December, Apple issued a statement to Forbes addressing the supply/demand imbalance.

"Demand for the all new Mac Pro is great and it will take time before supply catches up with demand," an Apple spokesman said.

You might recall that Apple's revamped iMac also experienced supply shortages for the first few months after it was released in late 2012.

In this article: mac pro, mac pro 2013, supply and demand, supply constraints
All products recommended by Engadget are selected by our editorial team, independent of our parent company. Some of our stories include affiliate links. If you buy something through one of these links, we may earn an affiliate commission.