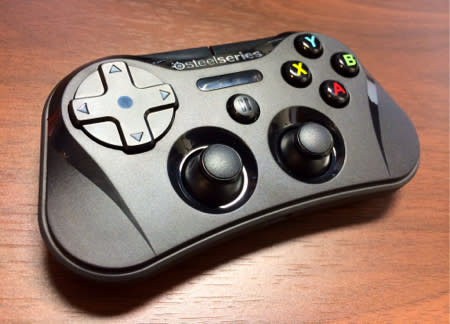 A representative from SteelSeries has let us know that the Stratus MFI game controller (which I tried and wrote about at length) will be launching for a cheaper price than initially planned. Instead of the US$99.99 price point that the company was using for pre-order customers, the Stratus will launch instead for $79.99, and it's available in Apple Stores and Apple's online store starting today.

This makes the Stratus the least expensive MFi option out there, with its competitors from Logitech and Moga both priced at $99.99.

In this article: iOS, iPad, iPhone, steelseries, stratus
All products recommended by Engadget are selected by our editorial team, independent of our parent company. Some of our stories include affiliate links. If you buy something through one of these links, we may earn an affiliate commission.
Share
Tweet
Share