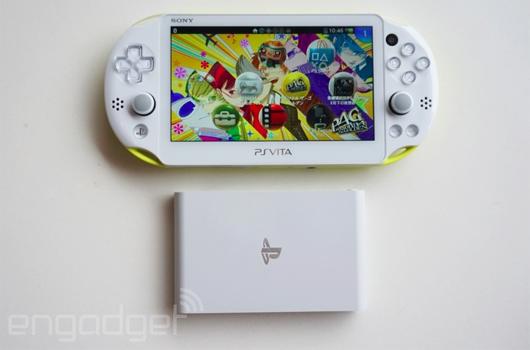 Our sister site Engadget got its hands on a PlayStation Vita TV, which acts as a middle-man for playing PS Vita games on your TV. The device also unlocks streaming of media to your TV through apps such as Hulu, albeit in a max resolution of 720p. PlayStation Vita TV is exclusive to Japan, but that didn't stop Engadget from importing one and whipping up a review of the $144 value pack version.

The Vita TV certainly fulfills a niche role, but the crux of the Engadget review is that while the product is quiet and unassuming, it doesn't do well to instill a need in users. If you really want to play PS VIta games on your TV with a DualShock 3 controller, then it's a rather expensive means to that end – and if the game uses touch controls, you've got even bigger problems.

The PlayStation Vita TV is easy to use thanks to the identical interface and software borrowed from the PS Vita itself, so PS Vita owners will find little difficulty making the transition. As it stands, however, there isn't much reason to consider that transition.

The PlayStation Vita TV is currently only available in Japan and, on its own, costs 10,000 yen ($96). Sony has not announced any plans to launch the Vita TV outside of Japan.
In this article: japan, playstation, playstation-vita, playstation-vita-tv, ps-vita-tv, sony, vita
All products recommended by Engadget are selected by our editorial team, independent of our parent company. Some of our stories include affiliate links. If you buy something through one of these links, we may earn an affiliate commission.