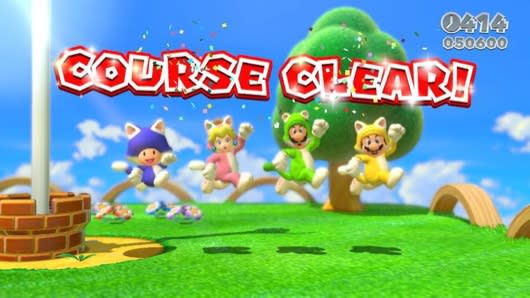 A report from Japanese news organization Nikkei suggests that Nintendo will soon use smart phones as an interactive promotional tool for its games. The report claims that Nintendo will release game trailers and "free mini-games" to entice players on phones to seek out software on Nintendo hardware. Kotaku notes the specific wording of the Japanese article, clarifying that Nikkei does not use the Japanese word for demo, further suggesting an advergaming tilt to the move.

Earlier this month, Nintendo president Satoru Iwata said the company would be studying "how smart devices could be used to grow the game-player business" after the company severely adjusted its forecasts for the end of its fiscal year. Nintendo almost halved its original net sales projections and reduced its Wii U shipment expectations to 2.8 million from 9 million.

In October 2012, Iwata said smartphones should not be inherently tied to games, but could be used to help spread Nintendo's messaging and "offer consumers gaming experiences which smart devices cannot realize and to actively try to make smart devices our allies, not our enemies."

Joystiq has contacted Nintendo for a comment on the report, but no response was offered at the time of publishing.
In this article: 3ds, Nintendo, Satoru-Iwata, wii-u
All products recommended by Engadget are selected by our editorial team, independent of our parent company. Some of our stories include affiliate links. If you buy something through one of these links, we may earn an affiliate commission.