Apple is reportedly working on AR content for TV+ shows 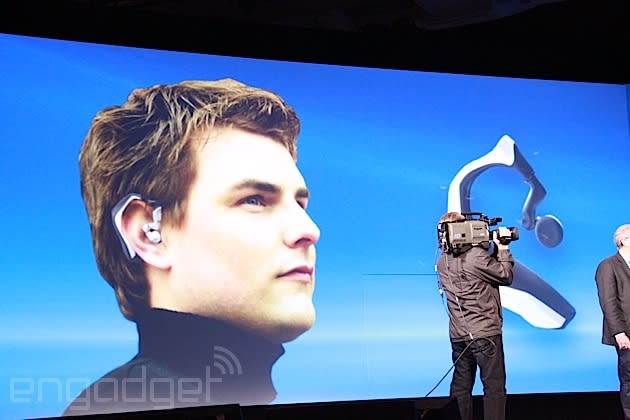 Intel claims that its Jarvis headset's voice recognition makes it smart, but we've seen voice commands on Bluetooth earpieces before -- what's so special this time around? It's all about offline support, the company tells Quartz. Unlike many wearables, Jarvis can process complex voice requests without talking to a server. That's most helpful when there's no internet access, but it also leads to faster, more natural interaction than you typically get from the likes of Google Now or Siri. You won't necessarily have to buy Jarvis to reap its benefits, either. Intel hopes to sell its voice recognition technology to phone manufacturers, so your handset may be the only smart device you need.

In this article: headset, intel, jarvis, VoiceControl, VoiceRecognition, wearable
All products recommended by Engadget are selected by our editorial team, independent of our parent company. Some of our stories include affiliate links. If you buy something through one of these links, we may earn an affiliate commission.