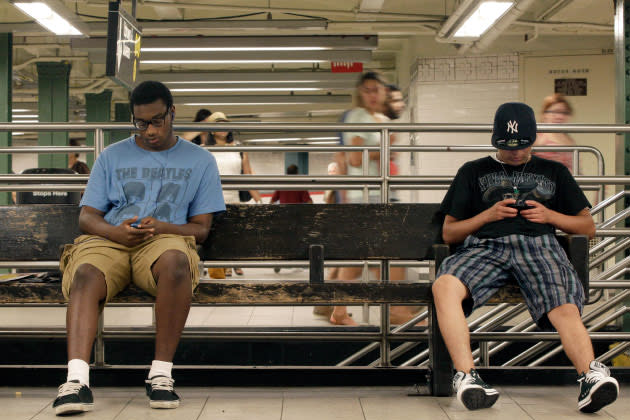 Many commuters around the world take underground connectivity for granted at this point, but New Yorkers are still disconnected more often than not while riding the subway, or even just waiting for a train. Now, thanks to Transit Wireless, Verizon customers can surf the web via LTE in 35 Manhattan subway stations. Platforms for select trains are now online, with most of the participating stations located on the city's west side, including Times Square and Columbus Circle. Service is notably absent at Penn Station and Grand Central, though that latter hub is slated to get LTE soon, when 40 additional stations come online as part of the next installation phase. Click through to the source link for the full list of 35 stations that offer LTE today.

In this article: lte, mobilepostcross, newyork, newyorkcity, nyc, subway, transitwireless, verizon
All products recommended by Engadget are selected by our editorial team, independent of our parent company. Some of our stories include affiliate links. If you buy something through one of these links, we may earn an affiliate commission.