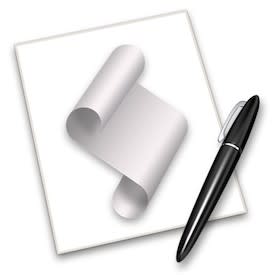 AppleScript fans will be happy to learn that Apple has added support for it back into iWork's Numbers app for OS X. The return of AppleScript was first noted by MacWorld:

The latest update of Numbers reintroduces AppleScript support in a big way. While Apple could have taken an iterative approach, reintroducing a few commands here and there, it chose instead to go whole-hog: The entire suite of scripting terminology originally supported by Numbers in the 2009 edition of iWork has returned.

This means that, if you have Numbers scripts you used with that 2009 version, most of them should (in theory) now work with Numbers 3.1; those scripts may require tweaks, though, because some features of Numbers itself have changed.

Apple has also added a few new scripting features to Numbers 3.1, such as the ability to identify the active sheet. Numbers' new AppleScript support has been organized into a suite of scripting terminology labeled Numbers '09 Compatibility Suite, signaling that even more scripting enhancements may be on the way for Numbers-specific features.

Apple angered many iWork power users when it removed AppleScript support in October, among other features. Since then the company been slowly replacing what was lost. Hopefully Apple will restore features pulled from Pages and Keynote soon.

In this article: applescript, gchq, news roundup
All products recommended by Engadget are selected by our editorial team, independent of our parent company. Some of our stories include affiliate links. If you buy something through one of these links, we may earn an affiliate commission.