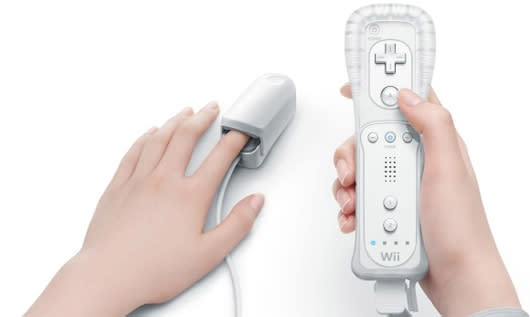 Nintendo CEO Satoru Iwata revealed the company is looking into non-wearable health monitors during a financial briefing in Japan today. New details on this venture, Iwata said, would be revealed this year, with a planned launch for Nintendo's fiscal year ending March 31, 2016.

Iwata said, as reported by The Wall Street Journal, that Nintendo's main theme for the next 10 years will be enhancing the quality of life through entertainment. Health is a large part of that, and Iwata even called out the cadre of wearable health devices already available on the market as evidence of the sector's importance to consumers.

Still, this is an especially odd direction granted Nintendo's inability to launch its first foray into health tech, the Wii Vitality Sensor. The Vitality Sensor was announced in 2009 and was designed to monitor the users' heart rate while playing games. Nintendo cited a problem with Wii Vitality Sensor prototypes reading a small percentage of users as the reason for canceling it.
In this article: 3ds, health, nintendo, nintendo-investor-q1-2014, non-wearable, satoru-iwata, wearable, wearables, wii, wii-u
All products recommended by Engadget are selected by our editorial team, independent of our parent company. Some of our stories include affiliate links. If you buy something through one of these links, we may earn an affiliate commission.