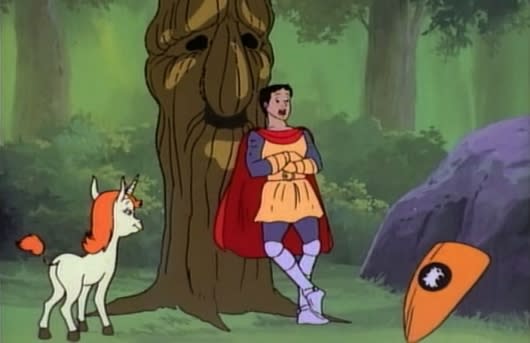 Recently I decided to end a good run in Neverwinter, my second time back to the game that went well over three months. It was a strange period, no doubt, mostly because of the conversations I'd get into people about it.

"You're playing Neverwinter? Are you, like, trying to be ironic?" they'd ask, with internet eyebrows all quizzical.

"I know! I don't understand it either!" I'd invariably respond. "But... it's fun. It is!" That last bit always dribbled off my lips.

Then our friendship would be terminated and I'd have to rely on my fallback companion, a pen pal from Austria who sends me notes in an archaic form of German. I guess Neverwinter isn't a super-serious MMO for super-serious players, but there's something very Pringles about it: Once you start playing, you can't stop. Well, at least not for three months. So since my time in it is through (for now), I thought I'd share with you 10 lessons I picked up in three months. With free-to-play, you get a wide range of situations, from games that really want you to subscribe and will torment you until you do to games that monetize the crap out of every last little jot and tittle. With Neverwinter, much like Star Trek Online, Cryptic's decided to take a very hands-off approach to trying to squeeze money out of you from the get-go. Instead, you can theoretically jump in the game, play any class, go to any zone, and never have to pay one red cent.

Again, at least from the start, Neverwinter gives you the impression of a laid-back dude who's totally fine with your crashing at his pad. Maybe he hopes you'll chip in for utilities later on, but whatever, we're chill.

2. Companions are a huge draw for the game

As every class in Neverwinter is a pet class, the choice of a companion is definitely a personal expression that caters to one's playstyle, image, or wealth. And make no mistake, they are one of the biggest attractions in the game. Everyone wants awesome companions, especially ones that look different or have unique abilities. I plunked down $20 for a ghost companion that would possess a trash mob from time to time and make him fight for me, and I was definitely a happy camper with that decision. Neverwinter probably makes a good chunk of its income from companion sales even though you can get lesser ones for free.

The right companion can make or break a difficult dungeon run for you, which is why I had a stable of three trustworthy pets that could fill in as healer, crowd control, or extra DPS if needed.

3. Neverwinter Gateway is one of the best web apps for an MMO, ever

Early issues with Gateway aside, I couldn't get over how useful this web app was while playing the game. It allows quick, easy access to your characters, your crafting (and yes, you can queue up new crafting jobs), your mail, your guild, the auction house, and so on. The Cryptic team gets a big thumbs-up from me for expanding Gateway to include a new minigame called Sword Coast Adventures. This is a dice-based game that sends your companions on their own adventures, netting enchantments, seals, and companion XP if you make it through them in one piece. Hey, sometimes you want to be playing a game but are in a place where you can only surf the web. At least you can do a little something to advance your cause! 4. You'll need to have a healing strategy

Unlike many MMOs (but strangely much like DDO), Neverwinter doesn't allow you to regenerate your health quickly after combat. You'll either need to find a campfire, quaff a potion, slot regen enchantments, use a skill, or rely on a companion to help you out. No matter what, you're going to take a lot of damage in this game, so you'll need to figure out a healing strategy so that you don't go broke or end up failing dungeons repeatedly.

I played a Trickster Rogue, a class that was great on lightning-fast damage but not so great on taking hits. In tougher areas, I'd almost always equip a healing companion to at least regain my health between fights. I also chose the artifact that gives me a big heal-over-time every three minutes, since it doesn't share a timer with potions.

5. The lockboxes are really annoying (and a little tempting)

So let's get back to the money part. Yes, Neverwinter starts out as a nonchalant dude, but before too long you're going to start seeing your bags being flooded by misleading purple items -- lockboxes -- and you'll also get the occasional system message telling you that LEGOlass just won herself a vomit dragon mount. It's all part of a low-key but constant campaign to tempt you into buying a turn at the lockbox slots. Cryptic knows that if you give in just once, then you'll be more likely to do so in the future.

Do what I did: Sell those guys to vendors and let them handle the temptation. At least you'll get a few copper for your troubles.

6. It's not just all mindless quest design

I heard a lot of comments from players and bloggers about how generic Neverwinter's quests are. There's some validity to that, as I wouldn't want this game to try to compete with more serious storytelling platforms, but such sweeping statements often overlook other factors. I was impressed, for example, that the questgivers are fully voiced, setting the tone for a quest as a sort of prologue. Plus, sometimes the quests felt a lot like a great adventure instead of a rote list of chores. Should I even admit that I chuckled here and there at a particularly witty NPC observation or quest description?

Yes, Neverwinter is mostly an arcade fantasy MMO, but there is a good amount of lore and attention to world-building for those who appreciate such things. 7. There is some of the worst grind imaginable here if you choose to engage it

It is up to you to decide just how invested you're willing to get with a game like this because Neverwinter will have your soul if you think you can wrestle the grind and walk away unscarred. Leveling artifacts and enchantments up require a ridiculous amount of materials and effort, and if you want to upgrade your companion to the next tier so that it can level again, you're either going to have to pay money or stop talking to your friends because you have duct taped your face to the monitor in a disciplined attempt to grind the astral diamonds needed.

I jumped into the winter festival with enthusiasm, all excited to earn me a little Bambi companion that would heal my balms. By the seventh hour of nonstop fishing to get the 3,200 tokens needed, I realized that I was either going to have to double down on the sunk cost of this puppy or abandon it and acknowledge that I just wasted a couple days of vacation. It was an important lesson about how stupidly long some of these grinds are and why it's important to just draw the line at doing them at all.

Neverwinter's GPS -- the sparkly trail that shows you exactly where you need to go for your next quest objective -- is very easy to follow without thinking. It's your friend. It wants you to win. It's leading you right to where you need to be.

Yeah, except no. While the path isn't exactly malicious (I think), it doesn't always have your best interests at heart. Many secrets and extra loot in dungeons are well off of the sparkly path, and I discovered that the path also likes to take me on a guided tour of every painful trap in the place. So I got used to turning left if the sparkly trail went right, or to juke the opposite way around a column if the path was telling me otherwise. It was a game we played, and I like to think I won it.

9. It goes from easy to pretty challenging in a flash

For a good long while, Neverwinter is an absolute cakewalk. Mobs go down in one or two hits, bosses are much like geriatric old men groping for new oxygen tanks, and the sparkly trail hasn't betrayed you too many times yet. But around Helm's Hold (level 30ish), the game abruptly switches from cakewalk to your-face-walk.

I was all confident that I was the master assassin of the world one minute, and the next I was running for my life from zombies, emitting a high-pitched wail while my hands flapped uselessly like a chicken attempting take-off. From then on, I realized that I needed to approach encounters with care, use a good skill build, and prioritize kills.

10. The Foundry is where you should go for some of the most inventive and engaging quests

In the end, the true lifeblood of Neverwinter is the Foundry. This player quest creation system has resulted in many duds, but it's still worth sorting through them for some of the most interesting quests that the game has to offer. If you've ever thought that players could make better quests than what the studio does, go to the Foundry and be vindicated. I had the most fun just exploring the imaginations of others and seeing how creative minds could squeeze all sorts of events out of this toolset.

Justin "Syp" Olivetti enjoys counting up to ten, a feat that he considers the apex of his career. If you'd like to learn how to count as well, check out The Perfect Ten. You can contact him via email at justin@massively.com or through his gaming blog, Bio Break.
In this article: action-mmo, cryptic, cryptic-studios, dnd, f2p, fantasy, featured, free-to-play, humor, neverwinter, opinion, p10, perfect-10, perfect-ten, perfect-world, perfect-world-entertainment, pwe, roundup, the-perfect-10, the-perfect-ten, top-10, top-10-list, top-ten, top-ten-list
All products recommended by Engadget are selected by our editorial team, independent of our parent company. Some of our stories include affiliate links. If you buy something through one of these links, we may earn an affiliate commission.