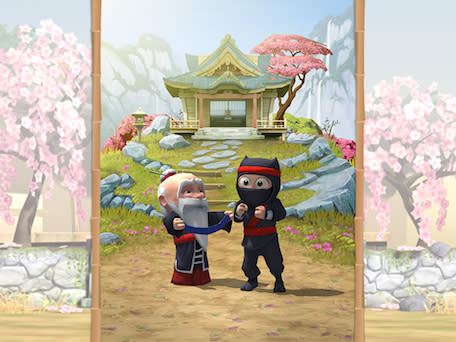 Zynga has acquired the makers behind the popular Clumsy Ninja app for a reported US$527 million, according to MacRumors. Clumsy Ninja by NaturalMotion was spotlighted by Apple at the iPhone 5 launch event back in 2012 and released a little more than a year later in November 2013. The game allows users to manipulate a ninja who responds with life-like motion and movement. It has been widely praised for its level of interactive animation and motion capabilities. Announcing the buyout, Zynga CEO Don Mattrick said:

NaturalMotion expands Zynga's creative pipeline, accelerates our mobile growth, and brings next-generation technology and tools to Zynga that will fast-track our ability to deliver consumers more hit games. Bringing Zynga and NaturalMotion together is a bold step in the right direction at the right time.

Zynga also laid off 15 percent of its workforce.

In this article: Clumsy Ninja, Zynga
All products recommended by Engadget are selected by our editorial team, independent of our parent company. Some of our stories include affiliate links. If you buy something through one of these links, we may earn an affiliate commission.