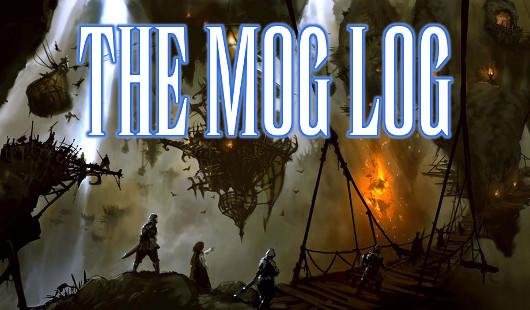 Every night, I sit down at my computer and I play the high-level roulette game in Final Fantasy XIV.

There are five possible results. Amdapor Keep and Wanderer's Palace are the "win" results, the super-easy runs that can't even scrape dents into my armor. Copperbell Mines and Haukke Manor take a little more doing and a bit more attention on my part, and my shiny white Paladin armor is looking a bit scuffed up by the end. But they're still not bad. They're certainly doable.

But there's always that 20% shot that I'm getting thrown straight into horror. The camera pans in to show a ruined lighthouse filled with crystals and a couple birds, and as soon as the cinematic ends, people are already asking "can we vote to abandon?" This seems to be the consensus: that it's not even worth trying to do Pharos Sirius start to finish. And when you look at the dungeon as a whole, it's not hard to see why no one likes it. Most of the dungeons in Final Fantasy XIV have a clear mechanical and thematic identity. This is by design. Any monster you see will be fought multiple times by the end of the dungeon, excepting bosses, and there's a certain feel to the place.

You can see it in each of the other high-end dungeons. Copperbell is about fighting back a rebellion again, dealing with spriggans and giants, and look -- lots of spriggans doing annoying things, rocks to be cleared away, and giants popping in dramatically. Haukke has you dealing with an invasion of voidsent, and in each area you have to clear away the right denizens of the void before you can advance to the next boss, taking a slow and sweeping approach. AK is all about cultists and voidsent, giving you one enemy on each level that has to be handled slightly different than the others. WP is about dodging that infinitely hateful tonberry.

Pharos is meant to be about those dang crystal zombies. But it can't seem to commit to that. Why are you fighting this stuff down at the lowest level, these enemy types that you don't see again? There are only two Elbsts in the whole dungeon, and they're at the entrance. Why is the Zu there? Why is it raining crystals now? Why are there all these locked gates?

The final part of the dungeon involves fighting Siren, but you don't get much sense of why she's there, never mind that crystal zombies aren't normally her style. And the quests only give the barest of explanation. The whole thing feels less like a cohesive dungeon and more like a collection of stuff. Most bosses are too simple

If I could rewrite my article on disappointing bosses, Tyrant would be in there. The whole strategy for the fight is ignore everything and just burn him because he dies in three seconds.

But even if you don't do that, he still winds up being a pushover. Kill some easy adds and then him. Whoop-de-doo. And while he's an extreme example, his predecessors are not a lot harder. Zu is an easy clear as long as people don't just break eggs for the heck of it, and Symond (probably the hardest pre-Siren boss) is straightforward if people focus adds down and keep mobile.

Clearing trash effectively is usually a lot harder than clearing the bosses successfully, and most of the bosses have a couple of failure points built into them that make it really easy to screw up just once and then wipe everyone. Avoid that mistake and they're cake. That's acceptable, at least; dungeons can feature hard pulls and easy bosses instead of easy pulls and hard bosses (which WP does most of the way through). The problem is when you get to the top of the tower.

The last boss is too complicated

After a whole dungeon full of easy bosses and harder pulls, you'd expect the last boss to be fairly straightforward. Surprise! Siren has a whole lot of mechanics that are going to punish everyone in the party if you're not fully on the ball, like the charm debuff and the flying away and the adds and Lunatic Song and the bleed and the charge and the charm AoE.

The first problem here is that it's difficult if not impossible to learn at first. There are dozens of things going on at any given moment, and on your first trip you have to keep all of them in mind because screwing up on one probably will lead to a cascading failure and wipe. This is the second problem: Too many of the mechanics give you no space to recover from a failure. You can probably survive a missed Lunatic Song, but good luck to you if your DPS has trouble dealing with Sergeants effectively.

Honestly, Siren feels like a Primal battle that's being shoved into a final boss role, which is unfortunate, as she'd actually make a really interesting trial a la Thornmarch. Instead, you basically have to swap over to trial footing on the last boss. There's too much going on and too many mechanics in a dungeon that has limited its bosses to one or two mechanics at most.

Most of the pressure isn't on the tank

Admittedly, this might frustrate me partly because I'm usually tanking. But most dungeons feature something to keep the pressure on everyone, at least one fight in which one role needs to step up. Trials are a bit different -- tanks have the easiest time in Titan, for instance -- but dungeons usually cover everyone from point to point.

In Pharos, success or failure depends almost entirely on the performance of your healer and your DPS. Every single fight just has the tank holding the boss, and thanks to cleaves, you aren't even picking up the adds. The only reason I have to move during the Zu fight is to dodge the airborne AoEs, and at my level of gear I can just eat them if I feel lazy.

I like that FFXIV asks for everyone to step up, but I don't like spending an entire dungeon run basically being there just to hold a thing in place. It's boring. It makes tanks feel as if they've got too little to do, while the other players feel they have too much to do. That's not good.

Here's the central weakness of Pharos: It's not just that all of those other problems are in place; it's that when all is said and done, your reward is... 90 Mythology, which you can get through many far less irritating methods. Haukke is probably the easiest of the hard-mode dungeons, and that's another 90 Mythology right there from the roulette.

Oh, and some green drops you probably don't care about, so that's a thing. Hooray.

This is something worth keeping in mind before we delve into the new dungeon in 2.2, especially since we're all going to be seeing a lot of that one if it's the only way to get those new tomestones mentioned in the last producer's letter.

Feedback, as always, is welcome in the comments down below or via mail to eliot@massively.com. Next week, as I'd like to hold the 2.2 slavering until we have a bit more solid information, I'm going go with a spoileriffic discussion of the story as it stands post-2.1.

In this article: challenge, console, consoles, content, dungeon, dungeons, endgame, fantasy, featured, ff, ff14, ffxiv, ffxiv-patch-2.1, final-fantasy, final-fantasy-14, final-fantasy-xiv, mog-log, opinion, rewards, square, square-enix, squenix, the-mog-log
All products recommended by Engadget are selected by our editorial team, independent of our parent company. Some of our stories include affiliate links. If you buy something through one of these links, we may earn an affiliate commission.