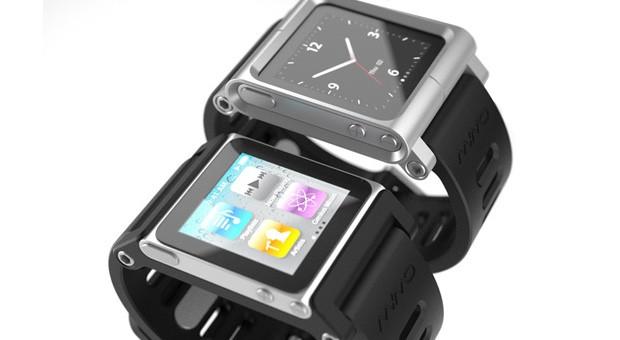 We've heard that when Apple reveals its first smartwatch product, there's going to be a heavy focus on health and fitness, but there might also be a way to charge the wearable without plugging it in, according to a report from The New York Times. Inductive charging came in a wave of smartphones last year, including Google's Nexus 4 and Nokia's Lumia 920 range, although we don't often see it in anything smaller than a phone (or camera) form factor. Apple, however, is looking into cramming the same technology into its iWatch, or whatever it eventually calls its debut wearable.

It works like this: Electromagnetic fields are generated from a charging base, which are then picked up by metal coils and transformed into for-real electricity that charges your device. The Cupertino company is experimenting with other new charging methods too, although these are apparently years away from consumer products. Sources close to the matter also mentioned the inclusion of a solar layer beneath the device's display, while the company has also looked into kinetically charging its wearables -- something that is already used in many modern (non-smart) timepieces.

In this article: apple, InductiveCharging, iwatch, nyt, report, smartwatch
All products recommended by Engadget are selected by our editorial team, independent of our parent company. Some of our stories include affiliate links. If you buy something through one of these links, we may earn an affiliate commission.