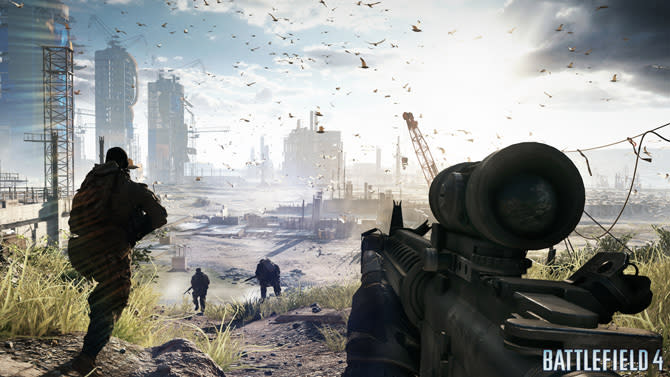 If you caught our recent coverage of the huge Star Swarm demo, you'll know that AMD's Mantle programming tool has already proven itself capable of radically transforming a real-time strategy game. But the console-inspired API has been claimed to deliver performance benefits in FPS games too, starting with Battlefield 4, and the first independent evidence of this is now starting to trickle out. AnandTech and HotHardware have used almost-final Mantle drivers to achieve frame-rate gains of at least 7-10 percent in BF4, rising to 30 percent with some configurations, by doing away with the need for Microsoft's relatively inefficient DirectX drivers.

In general, it looks like systems with weaker CPUs stand to benefit the most, because Mantle uses the graphics processor in such a way as to reduce CPU bottlenecks. We'll get a better idea of the size of the improvement once Mantle is released to the public and tested on a wider variety of systems, including laptops and desktops with low-end or integrated AMD GPUs, but nevertheless, these early results bode well for those who are trying to eke better frame rates out of older, cheaper or smaller gaming rigs.

In this article: amd, battlefield4, cpu, desktop, game, gaming, gpu, graphics, mantle, PC
All products recommended by Engadget are selected by our editorial team, independent of our parent company. Some of our stories include affiliate links. If you buy something through one of these links, we may earn an affiliate commission.