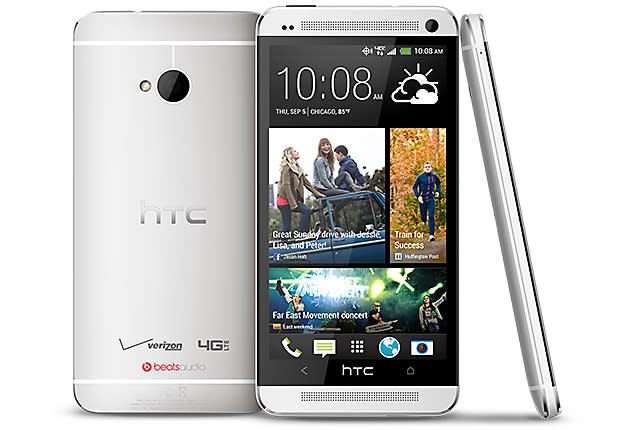 Well, that was quick. Just a few hours after an HTC product manager tweeted the good news, Verizon Wireless customers have found that the much-anticipated KitKat update is landing on their HTC Ones. Start mashing that software update button if you haven't already, friends.

In addition to Android 4.4.2, the update also packs a handful of performance improvements and HTC's Sense 5.5 UI. Fans of the HTC One Max are already familiar with HTC's new Sense tweaks -- BlinkFeed is more easily customizable, the Gallery and Music apps have gotten a facelift, and there's a new Do Not Disturb mode for those private moments -- but it's nice to see them trickle down onto a slightly smaller handset. For those of you keeping score, Sprint earlier this week became the first major US carrier to update the One with KitKat. That leaves just AT&T and T-Mobile to push through the update, but sadly, there's still no word on when they'll follow through.

In this article: android, htc, htcone, htcsense, htcsense5, kitkat, mobilepostcross, verizon
All products recommended by Engadget are selected by our editorial team, independent of our parent company. Some of our stories include affiliate links. If you buy something through one of these links, we may earn an affiliate commission.