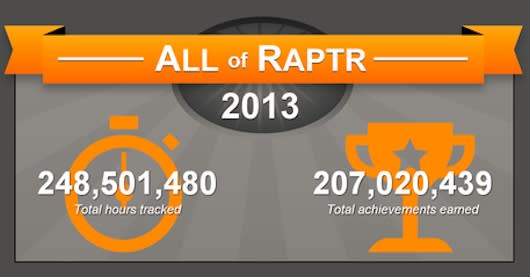 Every month or so, we hear from Raptr and Xfire publicists that such-and-such a game is now ranked number one on that platform and 80 bajillion people total are gaming while logged into said tracking service. And at least once a week, commenters will inform us that one MMO or another is pure fail because its Raptr numbers have trailed off, which is usually followed up with a "shut up; no one uses Raptr" or something similar.

I'm not saying social media is useless; I know it's a factor in predicting market penetration and even Kickstarter success. But I do have to wonder: Who the heck actually does use Raptr and Xfire? Do you? Do you know anyone who does? Is this a thing MMO players avoid because they can already spam their achievements inside games or using Twitter plugins? Do you use them to tell you how much you really play games? How useful do you think these platforms' data are in discussions about MMO numbers?

Every morning, the Massively bloggers probe the minds of their readers with deep, thought-provoking questions about that most serious of topics: massively online gaming. We crave your opinions, so grab your caffeinated beverage of choice and chime in on today's Daily Grind!
In this article: brianna-royce-tdg, daily-grind, opinion, raptr, social-media, tdg, the-daily-grind, xfire
All products recommended by Engadget are selected by our editorial team, independent of our parent company. Some of our stories include affiliate links. If you buy something through one of these links, we may earn an affiliate commission.