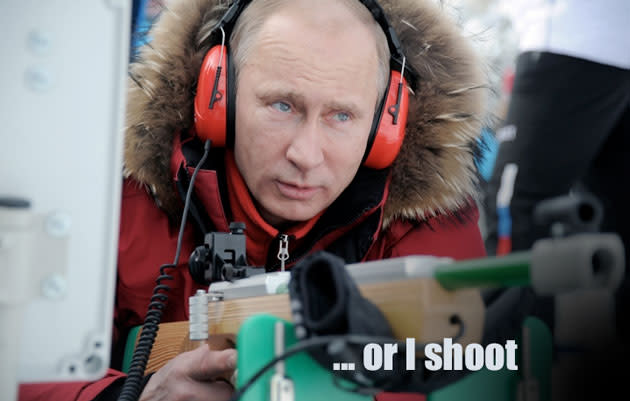 Now that the good people of Russia have been robbed of untold billions to fund corruption at the Sochi Olympics, their government would like to warn them of a much more serious danger: Bitcoin. The crypto-currency could easily lose its value, according to a statement from the country's central bank, and could draw citizens into unintentionally supporting illegal activity and "financing terrorism." In keeping with the tough stance adopted by China and India, but in contrast to the more laid back attitude taken in some other parts of the world, Russia's General Prosecutor's Office has also chimed in to describe Bitcoin as a prohibited "money substitute." It has reiterated that the country's only officially accepted currency is the rouble, preferably in a plain brown envelope.

In this article: bank, bitcoin, currency, olympics, russia, sochi
All products recommended by Engadget are selected by our editorial team, independent of our parent company. Some of our stories include affiliate links. If you buy something through one of these links, we may earn an affiliate commission.