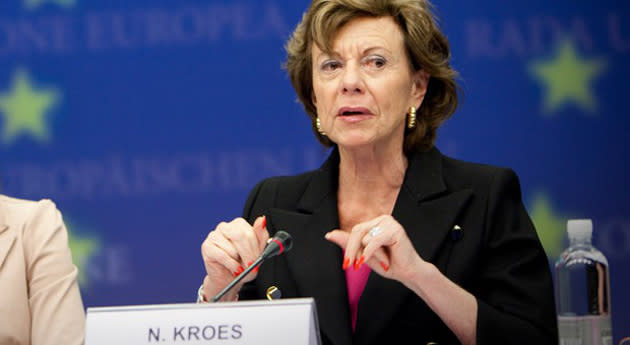 The European Union is more than a little jittery about a US-centric internet after learning the extent of the country's mass surveillance. Accordingly, the European Commission has proposed a whole host of measures that would shift control to the international community. It wants a firm schedule for globalizing internet infrastructure, more power for the Internet Governance Forum, fewer conflicts between countries' internet laws and a venue for improving transparency policies. The regulator doesn't want to give too much clout to any one group, though -- Commission VP Neelie Kroes prefers a "multi-stakeholder" approach that lets innovators move at their own pace. The proposal still needs support from both the Council of the EU and the European Parliament before it can take effect, but it could give Europe a united front when it's pushing for changes in internet policy.

In this article: europe, europeancommission, europeanunion, iana, icann, internet, internetgovernanceforum, proposal, regulation
All products recommended by Engadget are selected by our editorial team, independent of our parent company. Some of our stories include affiliate links. If you buy something through one of these links, we may earn an affiliate commission.