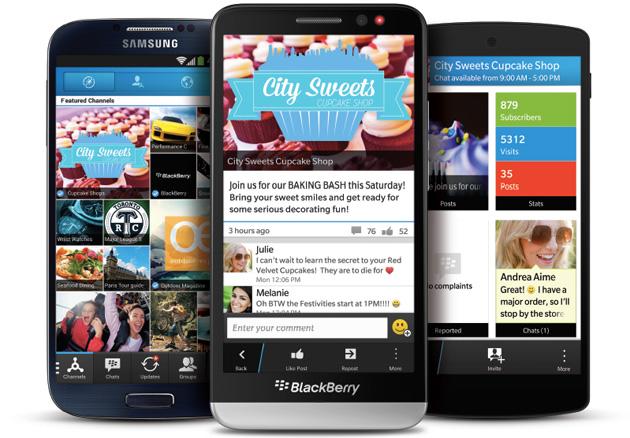 BBM is about to become considerably more useful to Android and iPhone users -- even if they don't have many people on their contact lists. BlackBerry now says that its promised Channels and Voice support should reach the BBM apps for both platforms later today. As on BlackBerry 10, Channels lets you chat about hot topics with fellow users, whether or not they're already friends. Voice, meanwhile, does exactly what it says on the tin: you can make internet-based calls to your BBM buddies. Whether or not you find much use from these two biggest features, you may still appreciate other significant additions like Dropbox file-sharing integration, Glympse location sharing and expanded BBM Groups. We'll let you know when we see the Android and iOS upgrades reach their respective app stores.

In this article: android, bbm, bbmchannels, bbmvoice, blackberry, channels, chat, dropbox, glympse, InstantMessaging, iphone, mobilepostcross, smartphone, voice
All products recommended by Engadget are selected by our editorial team, independent of our parent company. Some of our stories include affiliate links. If you buy something through one of these links, we may earn an affiliate commission.