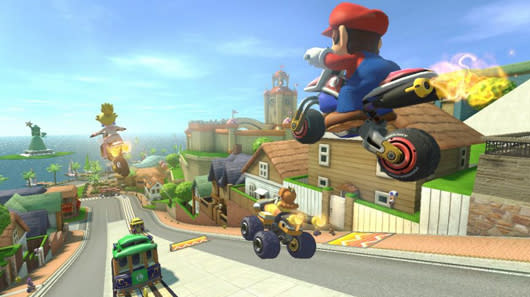 Mario Kart 8 will launch on May 30, Nintendo announced during today's Nintendo Direct livestream. The next entry in the long-running driving series will also be the first on the Wii U. The kart racer was announced during the publisher's E3 2013 presentation and was initially given a "spring 2014" launch window.
[Image: Nintendo]
In this article: kart-racing, mario, mario-kart, mario-kart-8, nintendo, nintendo-direct, nintendo-direct-spring-2014, release-date, wii-u
All products recommended by Engadget are selected by our editorial team, independent of our parent company. Some of our stories include affiliate links. If you buy something through one of these links, we may earn an affiliate commission.