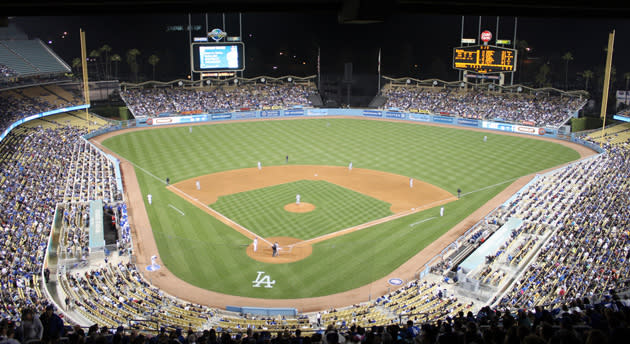 iPhone owners should have an easier time getting around the ballpark this season. Following a trial run last year, Major League Baseball is now deploying Bluetooth-based iBeacons at its stadiums. If you use the MLB At the Ballpark app, your iOS 7-equipped device will receive notifications as you visit different points at a given venue. MLB isn't yet saying just what those notices will involve, although the pilot project helped fans find their seats, score discounts and queue up videos. Only Los Angeles' Dodger Stadium and San Diego's Petco Park have the iBeacons so far. However, the league promises that more than 20 parks will have iBeacons when the season starts -- odds are that your home team will be ready on opening day.

In this article: baseball, bluetooth, dodgerstadium, ibeacon, ios7, iphone, MajorLeagueBaseball, mlb, mobilepostcross, petcopark, smartphone, sports
All products recommended by Engadget are selected by our editorial team, independent of our parent company. Some of our stories include affiliate links. If you buy something through one of these links, we may earn an affiliate commission.