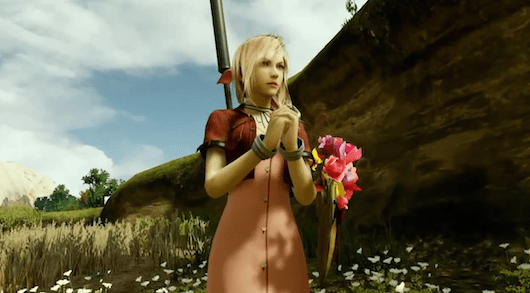 Lightning Returns director Motomu Toriyama recently told Siliconera that while the pink-haired heroine's saga has come to a close with the third installment of the Final Fantasy XIII games, Lightning herself may show up as a "guest character" in future Final Fantasy games.

"For Lightning, her story ends here in Lightning Returns: Final Fantasy XIII, as this game is meant as a finale to this series. But we know that Lightning is an extremely popular character, even when compared to other Final Fantasy characters," Toriyama said. "So there is a possibility that Lightning would appear in other future Final Fantasy titles, not as a protagonist, but as a guest character."

Lightning wouldn't be alone if this were to happen - heroes from past Final Fantasy titles have appeared in games like Final Fantasy Tactics, Theatrhythm Final Fantasy, Dissidia Final Fantasy and the Kingdom Hearts series. At least keeping her role limited to "guest character" will (hopefully) save us all from "Lightning Returns 2: Electric Boogaloo."
[Image: Square-Enix]
In this article: final-fantasy, interview, lightning, lightning-returns, lightning-returns-final-fantasy-xiii, lightning-strikes-thrice, motomu-toriyama, Square-Enix
All products recommended by Engadget are selected by our editorial team, independent of our parent company. Some of our stories include affiliate links. If you buy something through one of these links, we may earn an affiliate commission.