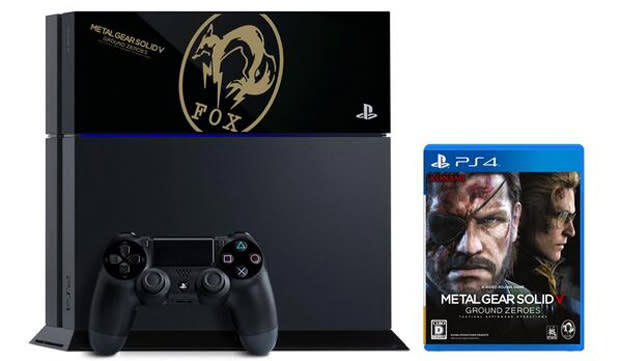 Despite Japan's rich gaming culture, the new consoles that've taken pride of place in your living room are still considered next-gen in the Land of the Rising Sun. While Microsoft still hasn't offered a firm date for the Xbox One's arrival, Sony's PlayStation 4 makes its Japanese debut this coming weekend. Now, as reparations for the three-month delay, Sony and the snake-charmers (read: game devs) at Kojima Productions have partnered on the first limited edition PS4 console that'll launch exclusively in Japan on March 20th. This "Fox Edition" PS4 has been crafted to celebrate the launch of Metal Gear Solid V: Ground Zeroes, a copy of which'll be bundled with the console for 46,980 yen (around $462) -- the regular console will retail for 41,979 yen (around $413) sans game, since you asked. Unfortunately, this first limited run PS4 is less impressive re-skinning effort, and more, well, boring emblem.

In this article: japan, Kojima, kojimaproductions, konami, metalgearsolid, playstation4, ps4, sony, sonyplaystation4, sonyps4
All products recommended by Engadget are selected by our editorial team, independent of our parent company. Some of our stories include affiliate links. If you buy something through one of these links, we may earn an affiliate commission.