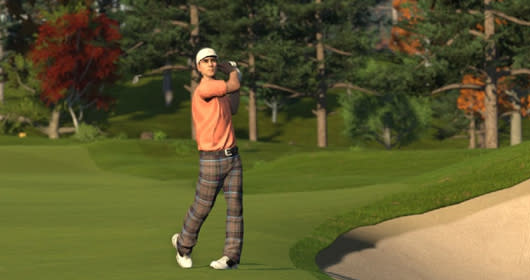 HB Studios' socially-driven golf simulator The Golf Club will launch for PC through Steam. The developer announced the news on its blog and says that after a closed beta on PC, The Golf Club will be made available as an Early Access game.

The Golf Club, launching on PS4, Xbox One and PC this spring, features a social hub where players can share the game's procedurally-generated golf courses. Included editing tools will allow players to tweak those courses, and they can even create and share custom tournaments through the social hub.

Founded in 2000, HB Studios is located in Nova Scotia, Canada. Throughout the 2000s HB Studios worked mostly on EA Sports games but most recently the studio is responsible for the out-of-left-field rhythm game, NBA Baller Beats.
[Image: HB Studios]
In this article: hb-studios, pc, steam, steam-early-access, the-golf-club
All products recommended by Engadget are selected by our editorial team, independent of our parent company. Some of our stories include affiliate links. If you buy something through one of these links, we may earn an affiliate commission.