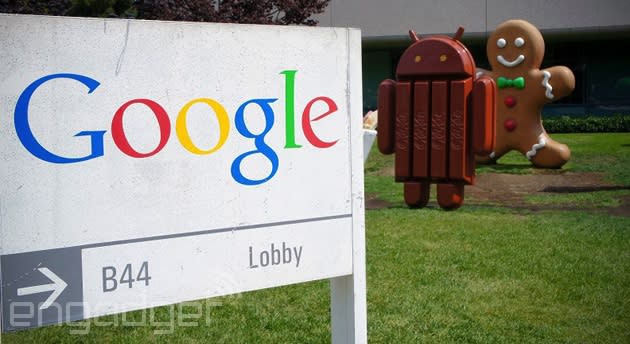 Mark your calendars, everyone: Sundar Pichai has just announced that Google I/O 2014 will be held between June 25th and 26th at the Moscone Center in San Francisco. Registration info and other details are coming next month. It's too soon for any big clues as to what will be unveiled this year, although Google used its 2013 I/O presentations to announce All Access music streaming, its first Google Play Edition phone and the Glass Developer Kit. We'd expect similarly grandiose things this time around, especially when the search giant wants to sell Glass to the general public before the year is out.

In this article: android, chrome, chromeos, developer, glass, google, googleio, googleio2014, internet, mobilepostcross, web
All products recommended by Engadget are selected by our editorial team, independent of our parent company. Some of our stories include affiliate links. If you buy something through one of these links, we may earn an affiliate commission.