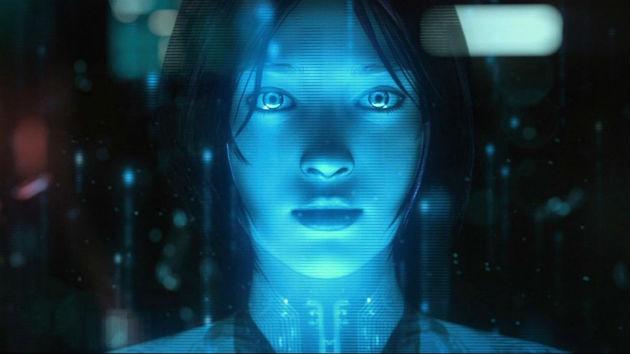 At this point it's a forgone conclusion that Microsoft is going to enter the digital assistant space in order to keep pace with Android and iOS. Its offering, code named Cortana (after a Halo character), is reportedly set to debut as part of Windows Phone 8.1, which we're expecting to get a glimpse of at Build. While the final shape of the app has yet to be confirmed, recent leaks hint that it will borrow heavily from Siri and Google Now, blending what many see as the best features of each. According to the Verge, Cortana will replace the standard Bing search and feature a circular animated icon as its primary UI element. The icon will use the highlight color you've chosen and bounce around the screen or frown when you ask it a question. In addition to offering visual indications of its "emotional" state, Cortana will feature a Siri-like personality that can greet you by name.

Cortana's central repository of information is called Notebook, which will store your location, personal info, calendar and contact data, as well as track your behaviors. Over time, it will adapt to individual users, but it will also include robust privacy features that will require you to specifically allow Cortana to store data and will even allow you to edit or delete that information after the fact. For example, if you allow it to access your email, Cortana can watch for phrases about meetings or appointments and automatically add reminders.

In addition to your locally stored data and Bing, the virtual assistant will also be able to tap third-party sources of data like Foursquare. If Microsoft is aggressive in opening up Cortana to third-party apps and services, that could give it a leg up on Siri and Now. Especially if it moves quickly to bring the new tool to its other platforms: namely Windows and Xbox.

In this article: cortana, leak, microsoft, mobilepostcross, search, virtual assistant, windows phone 8.1, wp8
All products recommended by Engadget are selected by our editorial team, independent of our parent company. Some of our stories include affiliate links. If you buy something through one of these links, we may earn an affiliate commission.