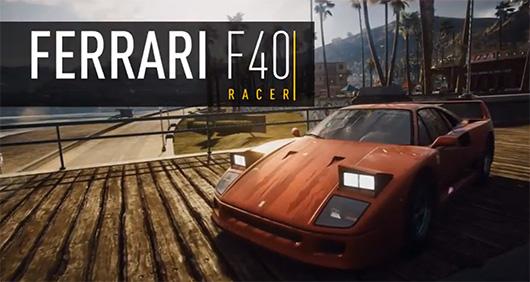 EA has unveiled two new car packs representing Jaguar and Ferrari for its hit arcade racer Need for Speed: Rivals, though arguably more intriguing is what the publisher isn't telling us.

The Ferrari pack (highlighted in the trailer above) features the 1987 edition of the Ferrari F40 alongside 1995's F50. The Jaguar pack also includes two cars, the Jaguar XJ220 supercar and the C-X75 prototype, a hybrid-electric coupe that Jaguar describes as "the ultimate expression of the brand's design and engineering innovation." Both of these car packs feature a $6 price tag.

Immediately following the above reveal, EA dropped a not so subtle hint that these may not be the only new cars joining the racing game this month. "[T]hese aren't the only new cars that will be hitting the streets of Redview County in the coming weeks," the publisher's announcement states, before urging players to keep an eye on the official Need for Speed: Rivals Facebook account.
[Image: EA]
In this article: cars, dlc, ea, ferrari, jaguar, microsoft, need-for-speed, need-for-speed-rivals, playstation, ps3, ps4, xbox, xbox-one
All products recommended by Engadget are selected by our editorial team, independent of our parent company. Some of our stories include affiliate links. If you buy something through one of these links, we may earn an affiliate commission.