There's a new Fitbit Charge coming, based on leaked details 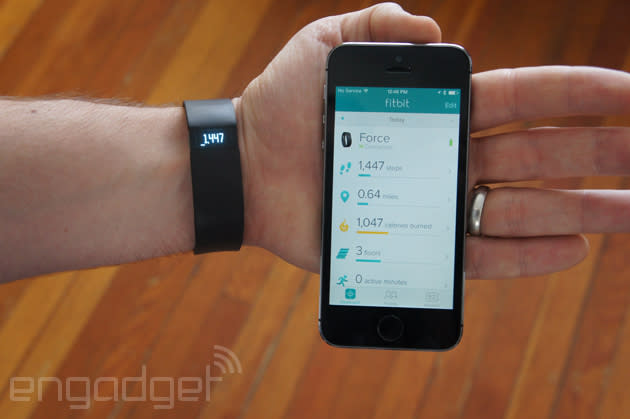 Get a rash from the Fitbit Force? You're not alone. Turns out, the fitness band has been causing lots of people skin irritation. So many, in fact, that the company is halting sales of the product, and has issued a voluntary recall for units already sold. In a statement (embedded after the break), the company said that a small number of users have been affected, and that it decided to stop sales after consulting with "independent labs and medical experts."

All told, Fitbit will refund users the full retail value if they decide to turn their band in -- just like Jawbone did when it turned out the original Up band was defective. For now, if you're in the market for a fitness tracker, we suggest you instead look into the Jawbone Up24 or the Nike+ FuelBand SE. As for Fitbit, you can still buy the Flex, which has a similar wristband form factor. In addition, a company rep said Fitbit is already working on a next-gen device, but we've no word on when that will come out -- or if it will fix the skin-irritation problem.

We wanted to provide an update on our investigation into reports we have received about Force users experiencing skin irritation. From the beginning, we've taken this matter very seriously. We hired independent labs and medical experts to conduct a thorough investigation, and have now learned enough to take further action. The materials used in Force are commonly found in many consumer products, and affected users are likely experiencing an allergic reaction to these materials.

While only a small percentage of Force users have reported any issue, we care about every one of our customers. We have stopped selling Force and are in the process of conducting a voluntary recall, out of an abundance of caution. We are also offering a refund directly to consumers for full retail price. We want to thank each and every member of the Fitbit community for their continued loyalty and support. We are working on our next-generation tracker and will announce news about it soon.

In this article: fitbit, fitbitforce, force, recall, recalls
All products recommended by Engadget are selected by our editorial team, independent of our parent company. Some of our stories include affiliate links. If you buy something through one of these links, we may earn an affiliate commission.