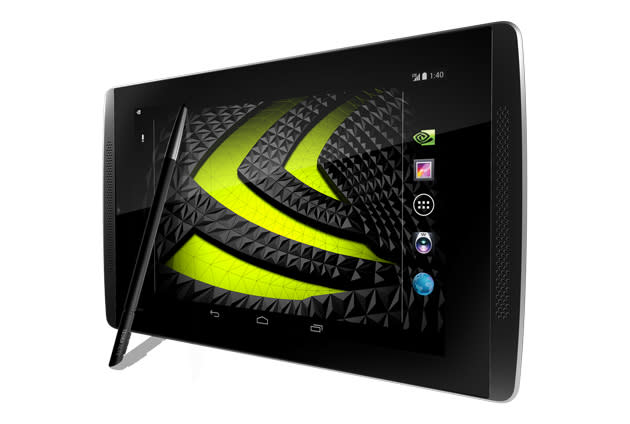 Itching for a Tegra-powered gaming device, but insist on a slate with LTE support? You're in luck: NVIDIA is building a tablet just for you. Today the company announced the Tegra Note 7 LTE, a $299 variant of its existing Note 7 tablet equipped with (you guessed it) a cellular radio -- its own i500 LTE chip, to be precise. The new radio promises to support "popular carriers across the world," specifically citing bands compatible with AT&T, Verizon and T-Mobile in the US and carriers like O2, Vodafone and Orange in Europe.

The upgraded slate won't be available until sometime next quarter, but NVIDIA says it'll be rocking Android 4.4.2 when it does arrive. Of course, if you already have the WiFi model, you won't have to wait -- the latest OTA update delivers not only Kitkat, but also a port of the NVIDIA Shield's Gamepad Mapper app. Check out the company's official announcement at the source link below.

In this article: Android 4.4.3, LTE, note 7, nvidia, tegra 4, tegra note 7, tegranote7
All products recommended by Engadget are selected by our editorial team, independent of our parent company. Some of our stories include affiliate links. If you buy something through one of these links, we may earn an affiliate commission.