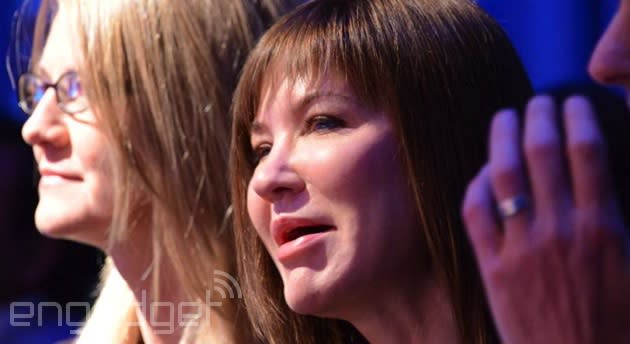 Microsoft said that Stephen Elop would run its hardware division as soon as it finished acquiring Nokia's device business, and the company has just taken a big step toward making that leadership change a reality. Current Devices & Studios lead Julie Larson-Green has told her staff that she's leaving her position to become the Chief Experience Officer at the Applications and Services group, which oversees Bing, Office and Skype. The move sees her report to Qi Lu, the app section's Executive VP. Larson-Green will manage devices until Elop arrives, but the announcement effectively marks the end to her brief 7-month tenure of the crucial organization. She was certainly busy during that time -- she oversaw the launches of the Xbox One, new Surface tablets and Xbox Music, among other projects. However, we may not know the full extent of her legacy until sometime after she has changed roles.

In this article: bing, julielarson-green, microsoft, nokia, office, skype, software, stephenelop
All products recommended by Engadget are selected by our editorial team, independent of our parent company. Some of our stories include affiliate links. If you buy something through one of these links, we may earn an affiliate commission.