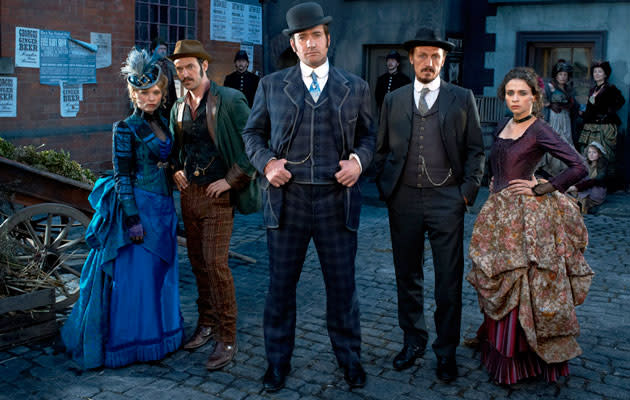 Did yesterday's news about Arrow coming to Lovefilm Amazon Instant Video UK disappoint you? This might just change your mind. The company, perhaps inspired by Netflix's revival of Arrested Development and The Killing, has signed a deal to save cancelled BBC drama Ripper Street. Unlike other online video agreements, however, the BBC will be entitled to broadcast the series a few months after its Amazon-based debut. This deal, we should add, only applies in the motherland, as it'll remain on BBC America in the States. It's the first time that a UK TV series has been saved by a streaming service, but Amazon isn't shy about throwing money at the project. In fact, producers have already said that the budget will remain the same -- so expect plenty of grisly Victoriana when it arrives later this year.

In this article: amazon, Amazon Prime Instant Video, hdpostcross, Instant Video, Ripper Street, UK
All products recommended by Engadget are selected by our editorial team, independent of our parent company. Some of our stories include affiliate links. If you buy something through one of these links, we may earn an affiliate commission.