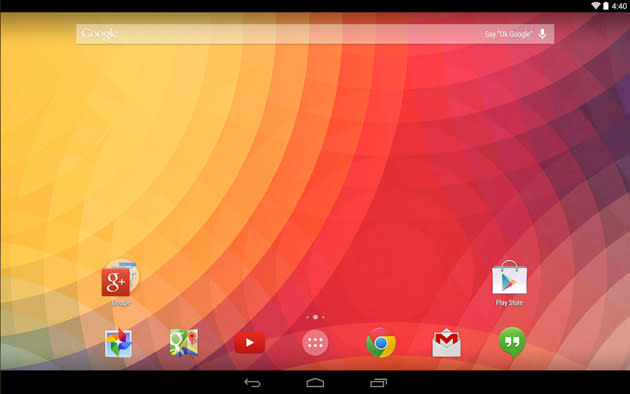 Most of us assumed it was only a matter of time before Google released the Now launcher that debuted on the Nexus 5 to the Play store. Now that day has come... provided you're the owner of a Nexus or Play Edition handset that runs KitKat. The new homescreen is the one you've already come to know and love on the newest Nexus phone, complete with the ability to say "Ok Google" from any home screen to automatically launch Now's voice command functions. Breaking the launcher out from the core Android code also means it'll be easier for Google to update and add features to it going forward, without having to release an entirely new version of the OS. Now the next step will be getting the launcher on more phones, even if it still requires you to have KitKat. Though, as the internet giant successfully breaks its own apps and services away from the Android core, the Nexus program becomes less and less important.

In this article: app, breaking news, google, google now, google now launcher, googlenowlauncher, launcher, mobilepostcross, play store
All products recommended by Engadget are selected by our editorial team, independent of our parent company. Some of our stories include affiliate links. If you buy something through one of these links, we may earn an affiliate commission.