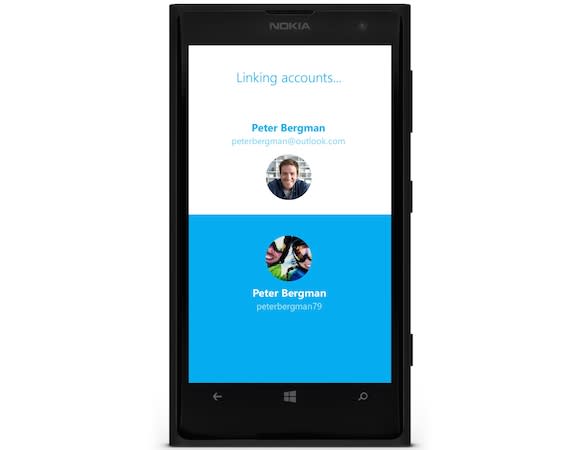 It's been a long time coming, but Skype's revealed that folks can finally sign up for service using a Microsoft account. Skype believes this feature is perfect for users who perhaps want the least amount of logins possible, and it also points to Microsoft's two-step verification as a benefit for having such an account. Meanwhile, the Windows Phone app has been updated with a number of security improvements, plus an indicator which lets you know when the person on the other side is typing. As part of the integration with its parent company, Skype will now require a Microsoft account (like the one used to set up your WP device) when registering for a new account through the application. This new version is only available for Windows Phone 8, however -- as you might recall, support for the app on earlier versions of the OS was cut off months ago.

In this article: Microsoft, Microsoft account, mobilepostcross, Skype, VoIP, Windows Phone, Windows Phone 8, WindowsPhone, WindowsPhone8
All products recommended by Engadget are selected by our editorial team, independent of our parent company. Some of our stories include affiliate links. If you buy something through one of these links, we may earn an affiliate commission.