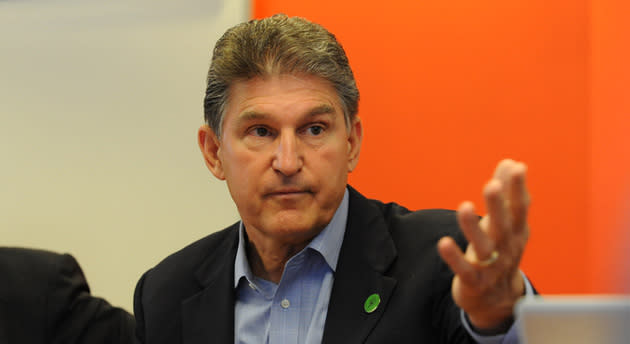 Many will tell you that Bitcoin stands on shaky legal ground. Senator Joe Manchin, however, believes it's outright dangerous -- to the point that he has sent a letter to regulators asking them to ban the digital currency. There's no regulation, he says, and Bitcoin's mix of anonymity and irreversibility is appealing to a shady crowd; the Senator believes that black markets and thieves operate with relative freedom. Manchin also points out that the digital cash is prone to both deflation and surprises that risk creating chaos, such as the recent shutdown of the Mt. Gox exchange.

Don't cash out any virtual savings just yet, though. The letter doesn't pay much attention to legitimate commercial uses or those countries where Bitcoin is legal. It also plays up the "disruptive" effect on the economy; as Business Insider notes, the currency's worldwide market cap has never ventured beyond a comparatively small $14.5 billion. Whether or not you believe the new currency is safe, we'd add that the letter doesn't automatically translate to new regulations. Even if officials agree to Manchin's request, it could still be a long while before any Bitcoin ban takes effect.

In this article: bitcoin, currency, internet, joemanchin, law, money, regulation
All products recommended by Engadget are selected by our editorial team, independent of our parent company. Some of our stories include affiliate links. If you buy something through one of these links, we may earn an affiliate commission.