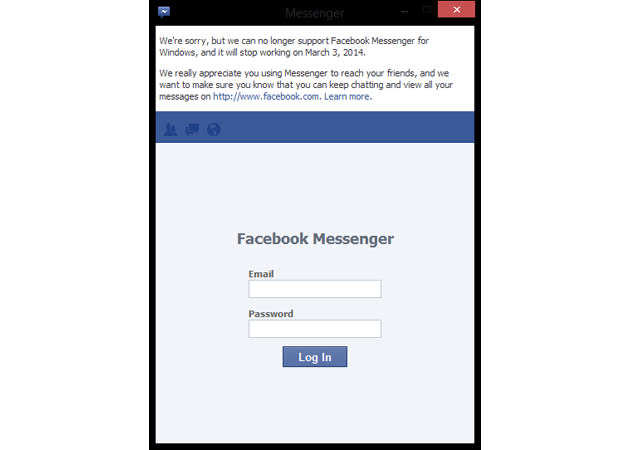 It looks like Facebook is getting a jump on spring cleaning. Three days after shuttering its @facebook.com email service, the company said it's killing off Messenger for Windows. Though the Windows desktop app won't be discontinued until March 3rd, Facebook has already removed it from the downloads page. Meanwhile, current users have been receiving notifications letting them know the app won't be supported after Monday. Incidentally, the move comes days after Facebook confirmed that Messenger is about to arrive on Windows Phone. We guess Zuckerberg & co. can only handle so many Windows-branded apps at a time?

In this article: facebook, facebookmessenger, messengerforwindows
All products recommended by Engadget are selected by our editorial team, independent of our parent company. Some of our stories include affiliate links. If you buy something through one of these links, we may earn an affiliate commission.