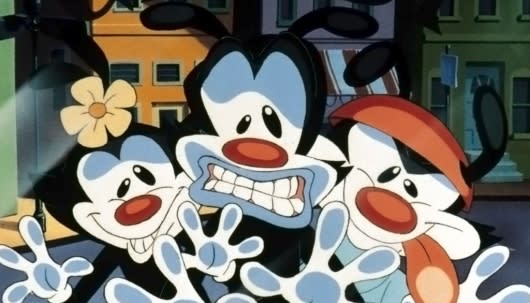 One of the aspects that I love about MMOs is just how dang fun the build-up to launch can be. I know this period can make some people cranky (Jef) because they'd rather have Santa randomly kick in their door, toss in a bunch of unwrapped video games and Minecraft foam accessories, and refuse to stay for milk and cookies. Not me; I love the build-up, the anticipation, and the goofy fun of partaking in all of this with a like-minded community.

There's something awesome about each stage of the journey from announcement to launch, even if it brings out the crazy in many of us. Now that I think about it, if MMOs didn't exist, where would the drama llamas go to bleat out their discontent? Would trolls go extinct under their mossy bridges? That sounds just awful.

I don't care if liking all of this stuff makes me a big lame-o. I eat lame-os for breakfast because they're high in fiber and there's a free beta key in every box. So get ready to face the full might of my unadulterated joy in three... two... one...

The best part about a new game announcement is that it could literally happen at any time! It could also figuratively happen too, but what does that even look like? Probably it would arrive in a guitar-shaped cheese wedge singing, "Oh what a beautiful morning!"

The unexpected and unpredictable nature of a new MMO announcement means that we must be constantly vigilant to the possibility that today might be the day that our minds are blown. We must never leave our computers out of fear that we would miss this, either, and our loved ones knew that when they got hitched to our sorry wagons.

You can talk about features and system requirements and forum avatars all you like, but what I'm waiting for next is to hear what options are available for me to live in your world. To date, I've never been entirely pleased with the selections because we still have not seen a hedgehog race or an insurance claims adjustor class. Both together? Would blow my mind.

These reveals are kind of like being given a college brochure that has only eight majors and admits only those who live in Delaware, Ethiopia, and the South Sandwich Islands. Fortunately I can forge a mean application.

3. The rise of the community

A new MMO in development causes an instant hole in the fabric of reality that sucks in any and all strangers it can grab in order to plug the gap and keep the universe from imploding. Once nestled together in that gap, said strangers find themselves building a community because the alternative is flinging scorpions at each other until only one remains. Thus we get a lively bunch of bloggers, podcasters, fan site operators, wiki authors, and -- it goes without saying -- perverts. It's not the fault of MMOs; I just assume pervs are in every community. Sometimes ours even wear pants!

Of course, there's only so much reading about a game that you can do before you naturally want to, y'know, play it. That's when all eyes turn to testing. This is also when that community, so close and scorpion-free for the past few months, suddenly realizes that for every beta spot taken by another, that's a chance lost for them. Overnight, the atmosphere changes into thinly veiled hostility as the Haves taunt the Have Nots with visions of the world beyond those locked doors.

As of late we've also started this earlier with open and closed alpha testing, which is broken but defended because it's supposed to be incomplete and broken. It's like going to a dinner party and seeing a middle-aged man in a diaper sitting in the middle of the room howling gibberish while your friends just wave it away with a flippant, "Oh, ignore him. He's just alpha, you know."

We live in an era when mass production and digital distribution virtually assures that any gamer will have access to a title on day one of launch, so naturally we all still freak out about shoving rolled-up wads of cash through the mail slots of studios in the hope that they'll reserve us a copy. I am among the first in this line because darn it, I want to know what little mini-pet I'm going to get for my extra $30. I'm hoping crabs. When will MMOs ever give me crabs?

The non-disclosure agreements are such a cute idea when you consider that a company is trying to apply them wholesale to a community that's used to open information and a free exchange of ideas, usually in the form of Wikipedia edit wars. But the studios gamely make a show of slapping their betas with these anyway, which leads to malcontents blabbing about the game because they're not going to play it, weak-willed white knights who have to charge to the defense, and the noble remnant who abide by the NDA as if it were writ in sacred scripture.

But when this drops, it's a funky hoedown of screeching walls of text and pent-up emotion just spouting everywhere. You kind of have to be ready with towels, or else you're going to be dripping with unsolicited and misspelled opinions for the next three days.

I can barely remember when beta used to be populated with dutiful bug-reporting testers, and even now am straining to think of the last time when a studio positioned an open beta as a "stress test" or somesuch. It seems as though all pretentions have been cast away for the world to treat this pristine game like a public restroom, as gamers storm in, test the taps and air dryers, eyeball the stall graffiti, and leave the seat up.

The excuse I'm going to use for these metaphors is that I've had a very bad head cold for two days and am partially convinced that I'm dreaming up these words.

Early access is another point of contention within the community because really it's the studio pitting its kids against each other out of sheer boredom. Why else would you show favoritism to "the good ones" by letting them in a few days early while the bad seed have to sit out in the cold, seething with hatred, and finding themselves increasingly sympathetic to the philosophies of Darth Vader, Voldemort, and L. Ron Hubbard as the wait goes on?

The true-blue MMO gamer will pay more attention to details on the night before a launch than on his or her own wedding. Is the game purchased and installed? Are drivers updated? How's the munchies situation? Did work get that fake excuse about the Ebola virus rampaging through your subdivision? Do your loved ones know best to leave you alone, lest they lose a finger from a startled snap? Is your guild coordinated and ready? Do you have your list of punny character names printed out and at the ready?

It's go time. Or more accurately, it's time to keep refreshing the launcher every 0.4 seconds until the server lets you in.

Whether the game holds up under the crush of incoming players or suffers from severe technical problems, there's always chaos. Always. General chat will scroll like a manic stock-ticker that's investing in World of Warcraft comparisons, players will run around in a frantic state until they find their guild-mommy, forest boars will be camped without sympathy, and some dumb shmo will go without sleep and adequate nutrition for 86 straight hours until he hits the level cap.

Justin "Syp" Olivetti enjoys counting up to ten, a feat that he considers the apex of his career. If you'd like to learn how to count as well, check out The Perfect Ten. You can contact him via email at justin@massively.com or through his gaming blog, Bio Break.
In this article: beta, beta-testing, closed-beta, featured, humor, launch, nda, opinion, p10, perfect-10, perfect-ten, release, ron-l-hubbard, roundup, the-perfect-10, the-perfect-ten, top-10, top-10-list, top-ten, top-ten-list
All products recommended by Engadget are selected by our editorial team, independent of our parent company. Some of our stories include affiliate links. If you buy something through one of these links, we may earn an affiliate commission.