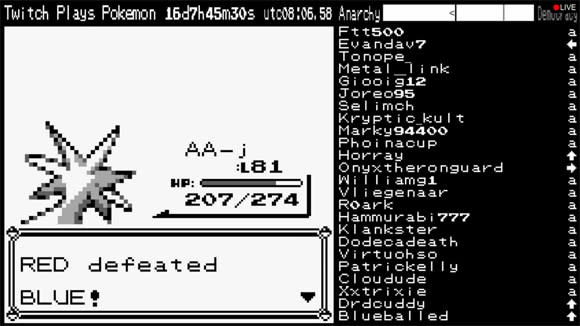 Where were you when thousands of people beat Pokemon Red by jamming random buttons for 16 days?

Going forward, will the WoW Insider podcast still be offered as a download? I know it takes time to edit and I hope recent events won't interfere with it's availability.

The WoW Insider Show must go on. We still plan to record and make the show available every week. That much hasn't changed.

I hate the fact that they are removing Reforging from the game. I can afford to play my Fire Mage today mostly because I can reforge a lot of crappy stats (mostly Mastery) to crit and still have 46% crit chance, which is not perfect, but makes Fire feasible. If I couldn't do that, I would have to stick to Frost or Arcane (God, I hate playing Arcane) until I get lucky enough to get Crit gear.....

I wouldn't worry too much. Items and specs will be redesigned/rebalanced with the lack of reforging in mind. You'll still have ways to boost the power of your spec, even if those ways are a little different than the mandatory micromanagement minigame you're used to.

What the hell is a "Readiness" stat?

Readiness reduces ability cooldowns. There's a trinket in Siege of Orgrimmar that works on the same principle (and was actually the dry run for this particular stat, like many other SoO trinkets).

Has Blizzard Clarified whether the Veteran's Bonus for Boosted Characters is for Level 60 and above or must the Character be Level 61 or higher?

From what we've seen so far, you must simply have hit level 60 to get the veteran bonus. This could obviously change between now and release.

I could have sworn during the WoD announcements they mention that they were going to make changes to Weapon damage and damage scaling for Melee (beyond the stat squish). Does anyone remember that and possible have a source?

The recent Dev Watercooler said that all abilities would now scale with attack/spell power; that is, abilities no longer have base damage. Weapon changes are unknown beyond the squish.