MIT can secure cloud-based AI without slowing it down

Gold: The secret shame of my late night iPhone order 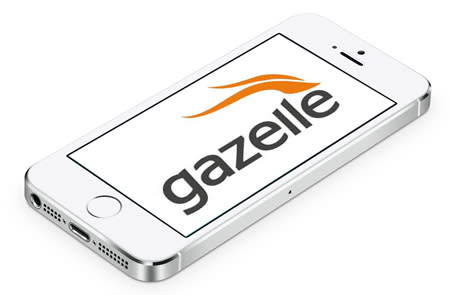 When you're done with your iPhone -- whether it's getting replaced by a new model or suffered some sort of damage that warrants a replacement -- it's always good to get the most out of it. There are a rising number of companies that want your used iDevices in exchange for cash, but most people are uncomfortable with even their friends or family members snooping around on their phones, much less a company.

Gazelle is one of the most recognizable names in this growing business. I've always wondered exactly what happens to a device once you send it off to a company like Gazelle -- from where the gadget eventually ends up to how it deals with stolen devices, and what security measures it takes to ensure the used phones and tablets leave its hands crystal clean -- so I asked.

What happens to your iDevice?

If you've ever dealt with Gazelle, you know that the company can't guarantee you a price for your iPhone or iPad until it has seen it in person. On the company's website you can get a quote based on the model of your device, carrier, and estimated condition, but that price isn't officially offered until you've sent your gadget to the company's facility in Louisville. Once the device arrives, it's unpacked and its data is wiped. Users are obviously encouraged to wipe their data before sending their phones or tablets in, but to ensure nothing is missed, Gazelle does it again. For iPhones and iPads, Gazelle uses both the built-in data wipe feature to clear the device, as well as data sanitation software from California-based FutureDial.

The device's serial number is checked against a nationwide database of devices that have been reported stolen, thwarting criminals looking to make a quick buck. When a flag is raised during this check, the information is handed over to local law enforcement. But as easy a target as smartphones and tablets seem to be, the number of stolen Apple gadgets that come through Gazelle's doors is actually quite small. Gazelle's Chief Gadget Officer, Anthony Scarsella, revealed that less than 1% of all devices sent to Gazelle have been reported stolen. When Gazelle receives a broken phone or tablet -- which, according to the company, is approximately 30% to 40% of its business -- it works with a refurbishing partner to repair it, at which point it is wiped like all the rest.

If your gadget is too busted to be salvaged, the only option is to have it recycled. For this, Gazelle uses CloudBlue, an e-waste disposal company with processing facilities located across the United States and around the world. CloudBlue was one of the first organizations to receive e-Stewards Certification, marking it as a leader in responsible e-waste management.

Once your iPhone or iPad makes its way through Gazelle's processing facility, and long after you've gotten your payment, the recycled devices often find their way to the hands of a reseller.

Gazelle sells its used devices in wholesale numbers, and along with hundreds or thousands of others, your iDevice eventually gets listed on a site like eBay as a used device looking for a new lease on life. If you've ever wondered how a popular merchant on Amazon or eBay gets its hands on endless numbers of used iDevices, now you have your answer.

It's clear that Apple has become the primary focus for Gazelle in recent years, with the company changing its resale efforts to focus almost exclusively on Apple products. Where Gazelle once accepted everything from Blu-ray players to camcorders, the list of accepted devices now much smaller, and the only types of computers allowed are Macs. Due to rapidly-shifting trade-in trends, the company couldn't reveal to me the breakdown of what percentage of devices it handles are Apple-branded. However, I did find out that Gazelle's Lousiville processing facility reached its peak employment volume following the release of the iPhone 5s and iPhone 5c, pointing to the company's close relationship with Apple's product cycles.

The folks at Gazelle were very open about their process, and if the company is sticking with the process it described to me, it seems to be acting in an environmentally responsible and socially conscious way. Its decision to focus on Apple products means it's likely to remain a major player in the resale scene for the foreseeable future. However, with greater numbers of iPhone and iPad users looking to get ride of their gadgets for a few bucks, and companies like Amazon looking for their own slice of the pie, Gazelle certainly has a healthy dose of competition.

In this article: gazelle, resale, trade-in, used gadgets
All products recommended by Engadget are selected by our editorial team, independent of our parent company. Some of our stories include affiliate links. If you buy something through one of these links, we may earn an affiliate commission.
Share
Tweet
Share