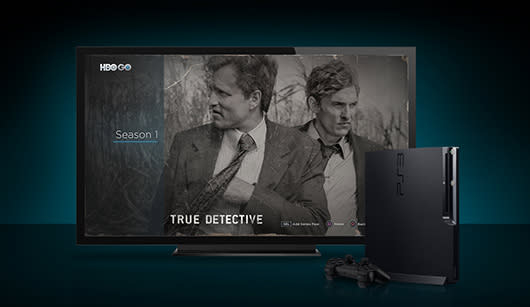 Nearly a year after its debut on the Xbox 360, the HBO Go app will finally make its PlayStation 3 debut later today.

Like the other existing iterations of the app, HBO Go on PlayStation 3 allows HBO subscribers to watch the premium channel's programs without the aid of a cable box, including standout hits like Game of Thrones, True Detective and Girls. While HBO subscriptions are only available by paying additional fees to your cable provider, the HBO Go app can be downloaded from the PlayStation Network Store at no charge.

As we reported previously, HBO CEO Richard Plepler has also stated plans to launch HBO Go on the PlayStation 4, though there's still no word on when that might happen.
[Image: PlayStation.blog]
In this article: game-of-thrones, girls, hbo, HBO-go, playstation, ps3, ps4, true-detective
All products recommended by Engadget are selected by our editorial team, independent of our parent company. Some of our stories include affiliate links. If you buy something through one of these links, we may earn an affiliate commission.