An improved MacBook Air could debut as early as next week 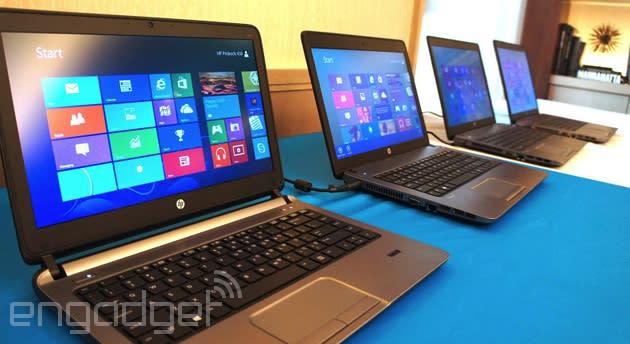 We hate to say it, but the era of near-constant PC industry growth might be over. IDC estimates that computer shipments fell by 9.8 percent in 2013, representing the steepest drop ever recorded. There just isn't much momentum in developing markets like China or Latin America, according to researchers. Sluggish economies and the shift toward mobile devices have cooled demand that was once red-hot. More established regions fared slightly better, although they may have been helped by a rush of users upgrading from Windows XP in the fourth quarter. IDC expects a partial recovery in the long run, but it believes that shipments have largely flattened out. If that's the case, PC vendors face much fiercer competition than they have in the past -- they may have to resort to extra-low prices and other extreme measures to keep buyers interested.

In this article: computer, idc, marketshare, pc
All products recommended by Engadget are selected by our editorial team, independent of our parent company. Some of our stories include affiliate links. If you buy something through one of these links, we may earn an affiliate commission.