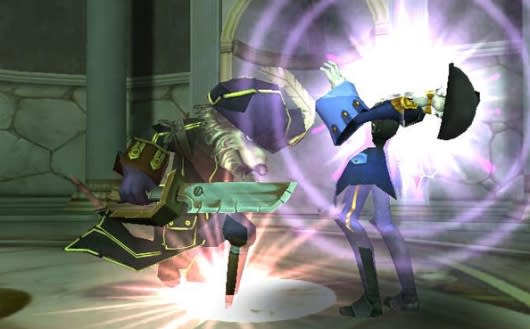 If you're the type of player that likes to know how the sausage is made, then strap on a peg leg and wobble over to a pair of dev diaries explaining the making of Pirate101's combat system!

"One of the systems that reviewers feel stands out the most in Pirate101 is the combat. Combat in Pirate101 has been described as 'deceptively simple' and 'really fun,' but it took years of iteration and changes to finally arrive at the experience that players have today," the devs wrote.

The diaries go through the early prototype of the system, how the team figured out combat sequencing, and the difficulties of getting the camera placement just right. The devs said that once the basic system was in place, adding the extra elements such as reflex talents and bullet time was a blast to do.
In this article: behind-the-scenes, combat, combat-system, dev-blog, dev-diary, f2p, family, fantasy, free-to-play, kid-friendly, kids-mmo, kingsisle, kingsisle-entertainment, making-of-combat, pirate, pirate101, pirates
All products recommended by Engadget are selected by our editorial team, independent of our parent company. Some of our stories include affiliate links. If you buy something through one of these links, we may earn an affiliate commission.